How to hang a picture

Professor Knot was very proud of his collection of paintings that were hanging on all the walls in his apartment. Our story begins when a neighbor from a nearby apartment started  indoor reconstruction.  The walls were shaking because of  vibration. Professor was worried for safety of his paintings and decided to add one or even two nails.

And, he did it! First picture was hanging on two hooks. 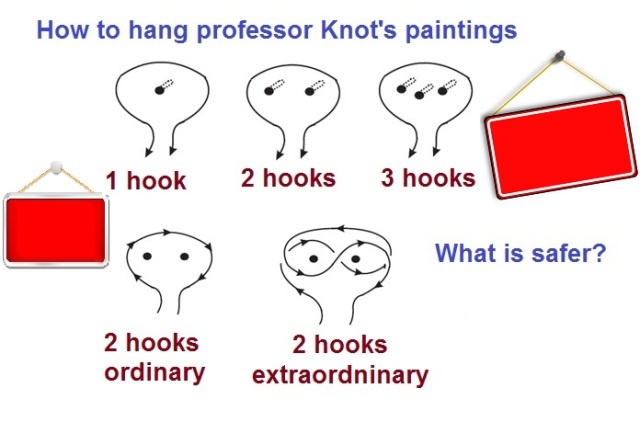 Then he wanted to increase the safety and wrapped the rope several times, as shown in figure.

After that , he was quite satisfied.

Anyway, he decided to test security by pooling out one of the two hooks. He first pool out the right hook.

He was very surprised when the picture fell down on the floor! This means that the left hook does not hold a picture. Meaning: right hook keeps all the weight.  He wanted to be sure.

Than, he repeated the whole procedure and  picture was hanging on the wall, holding on two nails.

This time he pulled out the left hook because the right one holding a picture . He almost fainted when the picture fell down on the floor, again.

If neither the left nor the right hook  does not hold a picture, what holds the picture? 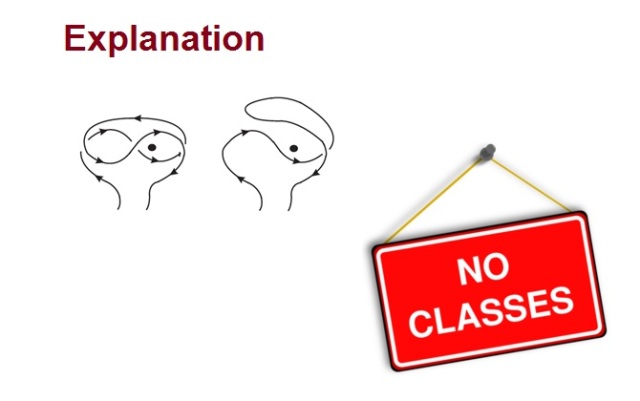 Math teacher and IT expert with nearly 30 years of experience with interest in math, astronomy, life long learning, dance, music.
View all posts by DaNe →
This entry was posted in Topology and tagged knot theory, Mathematics, StoryTelling, Topology. Bookmark the permalink.